DAVID GILMOUR - On An Island Video 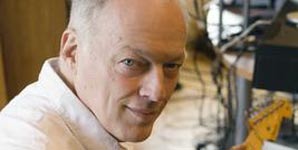 'On An Island' is the title track from David Gilmour's forthcoming album which is released to coincide with David's 60th Birthday on March 6th. Produced by Phil Manzanera & featuring a host of amazing musicians including Crosby & Nash, Jools Holland, Richard Wright, Phil Manzanera, Robert Wyatt & Georgie Fame. This is the first solo release from David in over 21 years and was recorded at David's own studio the "Astoria" & the world famous Abbey Road Studios.

On An Island is the third David Gilmour album and his first studio recording since Pink Floyd's 1994 multi-platinum 'The Division Bell'. From the first moments of the sound collage that begins 'On An Island', you know it's a special experience that not only bears comparison with the best of Pink Floyd, but also confirms their lead guitarist and singer as an outstanding solo artist. Here he reveals a personal vision and a breadth of styles – folk, jazz, orchestral and rock – brought together as a unified piece by his lyrical guitar playing and instantly recognisable voice.

Although Gilmour takes some writing credits, most go to writer Polly Samson, continuing a collaborative partnership that began with The Division Bell. The songs tell of shared experiences that evoke a breadth of moods.

David Gilmour, On An Island, Video...