Rock Veteran David Crosby Has Reached Out To The Jogger He Hit With His Car On Sunday (22mar15) And Wished Him A "Speedy Recovery". 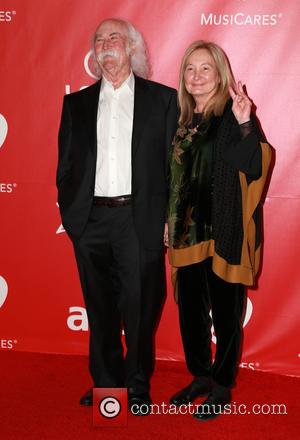 The Crosby, Stills & Nash star accidentally struck Jose Jimenez as he was driving his Tesla along a highway in California, and the 46-year-old runner was airlifted to a hospital in Santa Barbara to treat multiple fractures.

A representative for Crosby, 73, has now released a statement revealing the musician feels devastated by the incident.

The star's public relations manager Michael Jensen says, "David Crosby is obviously very upset that he accidentally hit anyone. And, based off of initial reports, he is relieved that the injuries to the gentleman were not life threatening. He wishes the jogger a very speedy recovery."

Investigators are looking into reports Crosby struck Jimenez because he was dazzled by the sun as he was driving along.