Contrary to popular perception, David Cronenberg regards all of his films to be comedies.

David Cronenberg considers all of his films to be comedies.

The Canadian filmmaker is widely recognised as a pioneer within the horror movie genre, but Cronenberg says his movies shouldn't be taken too seriously.

He explained to Vulture that although his films don't follow the ''traditional definition of a comedy'', the 71-year-old considers there to be a ''humorous aspect'' to all of them.

Cronenberg said: ''At Cannes, someone said, 'Have you ever considered making a comedy?'

''And I said, 'I've done nothing but'. Not maybe the traditional definition of a comedy, where it ends with a feel-good kind of thing, but for me, there is an observed and humorous aspect to the human condition and, of course, exploring the human condition is really what art is about.

Some of the filmmaker's best-known projects include 'Scanners' and 'Videodrome', as well as more recent films like 'Cosmopolis'.

His latest film, 'Maps to the Stars', boasts an impressive cast that includes the likes of Julianne Moore, Mia Wasikowska, John Cusack and Robert Pattinson.

'Maps to the Stars' is in cinemas now. 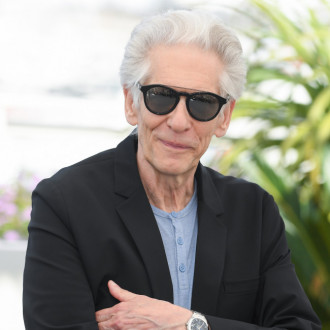