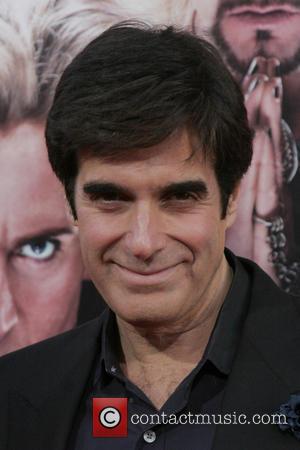 Famed illusionist David Copperfield has heaped praise on actor Steve Carell for his portrayal of a professional magician in new comedy The Incredible Burt Wonderstone.

The 56-year-old master illusionist, who was a consultant on the project, taught Carell a number of top-secret tricks and stunts for the movie, and Copperfield, who makes a small cameo, insists he was impressed with the comedian's work.

He tells USA Today, "He's not trying to be a magician in real life. That takes years. But if he really wanted to be one, actors make great magicians. Steve loves the dreaming part of magic, and to be amazed. He doesn't want to know the secrets."

Carell also performs an illusion called The Hangman in the film, which Copperfield designed for the film, and the illusionist admits he was shocked by the star's bravery: "Putting that noose around your neck over and over again can (be) fearful."