David Cassidy Fired Up On Tv Over Horse Racing 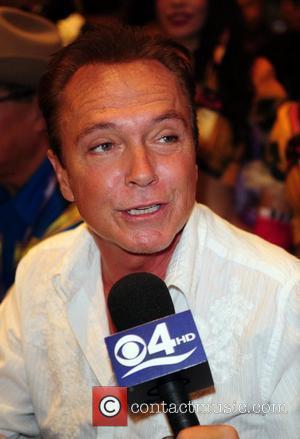 Former teen idol David Cassidy has challenged one of Britain's most beloved horse racing pundits on the merits of the Grand National horse race.
The former pop icon-turned-horse breeder was a guest on Britain's The One Show, alongside former jockey Brough Scott, on Monday (11Apr11), when talk turned to the nation's most-famous, gruelling race, which took place on Saturday (09Apr11).
The 2011 Grand National has been mired in controversy after two horses died from injuries sustained during the annual competition, but Scott insisted, "Do we have the right to put them (horses) to the test? I believe it is right to take up the challenge."
Cassidy immediately jumped in, stating, "I disagree... I've been breeding thoroughbred race horses in America. We have very little jump racing. Your jump racing (in Britain) is so incredibly challenging, and you know this as well as I.
"Over the last 20, 25 years, the serious breakdowns of horses because we breed for speed... I disagree with almost all of it.
"We're talking about horses and animals... I love the event, I love racing with a passion, more than anyone. The breeding programmes have gotten so unsound."
Host Alex Jones was forced to interrupt the heated discussion between the two guests, but Cassidy made sure he had the last word, adding, "In my opinion they (horse racing officials) need to lower some of the fences (at the Grand National course)."