David Cameron Has Swept To Victory In Britain's General Election In A Shock Result. 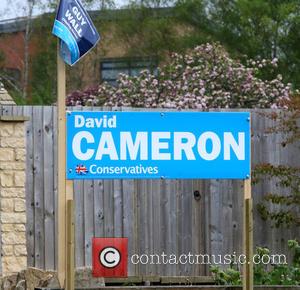 The Conservative Party leader was expected to finish neck-and-neck with the opposition Labour Party, resulting in a hung parliament and the possibility of a Cameron-led coalition government.

However, in a stunning result, he polled enough votes to win an outright majority and he travelled to Buckingham Palace in London on Friday (08May15) for a meeting with Queen Elizabeth II, to be officially invited to form a new government.

Opinion polls in the run-up to the election predicted a close-run race and a hung parliament, but a huge late swing towards Cameron left him able to seize power with an outright win.

The election also claimed Nigel Farage, who stepped down as leader of UKIP after he was defeated in his bid to win a seat in parliament.