David Cameron posed with blacked up morris dancers in Banbury - but hold your horses.

There's an incredible funny line in the political comedy In The Loop, when Peter Capaldi's irate spin-doctor Malcolm Tucker is partway through one of his legendary dressing downs, berating Tom Hollander's Simon Foster for speaking out of line during a radio interview. When the MP suggests he was only giving his opinion to the probing journalist, Tucker fires back: "If he'd asked you to f*cking black up, or to give him your PIN number or to sh*t yourself, would you have done that?" 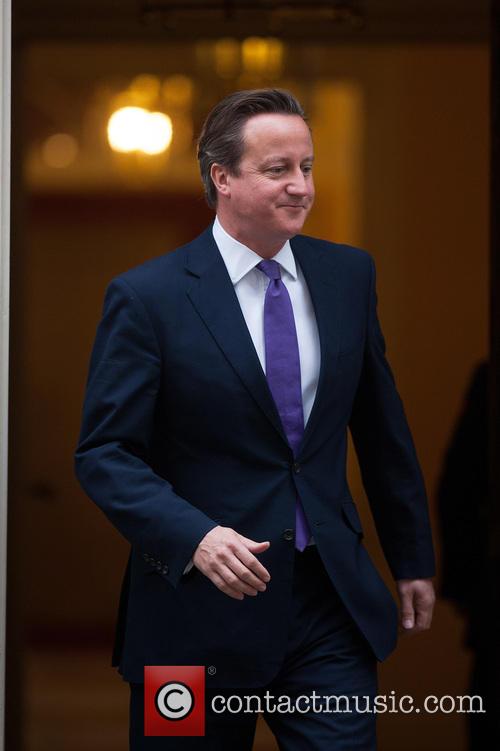 It's a scene that comes to mind when perusing over the story today that Prime Minister David Cameron was spotted posing with blacked up Morris dancers at the Banbury Folk Festival near his constituency in Oxfordshire.

The Fox Morris dancers have been blacking up since the 16th century, however, the reasoning is a little less sinister then one may first assume. Originally, the group are said to have covered their faces in soot to avoid being recognised because begging was illegal at the time and when out of work, the farm labourers would have to plead for money on the streets.

More: The Riot Club is far more than a posh knees up

Martin de Vine, founder and Squire of the Foxs Morris dancers said: "David Cameron was having a coffee and we saw him and just asked if he would have a picture taken.

"We dance in the style of Border Morris, and we black our faces because farm labourers who were out of work in the winter months would go around begging, performing a dance in return for money.

"They blacked their faces with soot because it was illegal to beg and they didn't want to be recognised. It was a disguise, in the same way that the leader of the troupe wears a top hat and is called the squire to take the mickey out of the local squire.

"It's not racist and offence is never taken. People from other cultural backgrounds don't see it as that at all. We have had an Arab person dancing with us in the past - it's not seen as racist."

More: David Cameron is making a World War I album with Danny Dyer

While the alarm bells certainly begin to chime upon hearing lines like, "We have had an Arab person dancing with us in the past", the group insist their act is entirely harmless. Another dancer, Caroline Watsham, said of meeting Mr Cameron, "He was very nice, he was just enjoying the day out as a normal dad spending time with his young daughter, and they all seemed to enjoy the Morris dancers. He wasn't here in any official capacity."

As the Telegraph's Gordon Rayner, and Georgia Graham note, the term "morris" is said to derive from the "Moorish" after the Moors of Morocco. In the early 20th century, morris dancing was often referred to as "n*gger dancing" and some believe it to be a period of African tribal dancing.