David Byrne is a man known for pushing boundaries. Be it the stretching of the outer limits of art-pop, with Talking Heads, or, indeed, prodding at the concept of comfortable suit design (remember that over-sized suit he wore… you know the one), he’s never settled for the obvious choices. His latest venture – a collaborative effort with Norman Cook / Fatboy Slim, is no different.

Here Lies Love, at the Public Theater in New York is a beguiling theatrical and musical creation, which tells the life story of Ferdinand and Imelda Marcos and does so via the medium of dance music, demanding high levels of audience participation as it goes. The New York Times describes the unusual theatrical staging with a sense of awe, playing tribute to “the hardest working tech crew in town” for creating a staging in which “all the world’s a dance floor and all the men and women merely disco rats.” Theater ushers in neon pink jumpsuits “herd” the audience into place at the sets change and reconfigure and attendees are expected to keep dancing throughout. “You’ll be asked to vote for Marcos, too,” NYT advises. “And as folks tend to do when caught up in the fever of a crowd, you’ll probably find yourself smiling and nodding assent.”

Bloomberg were equally full of praise for the show, describing it as “the most engaging and provocative new musical of the season.” It looks as though Byrne has successfully pushed that envelope, once again. 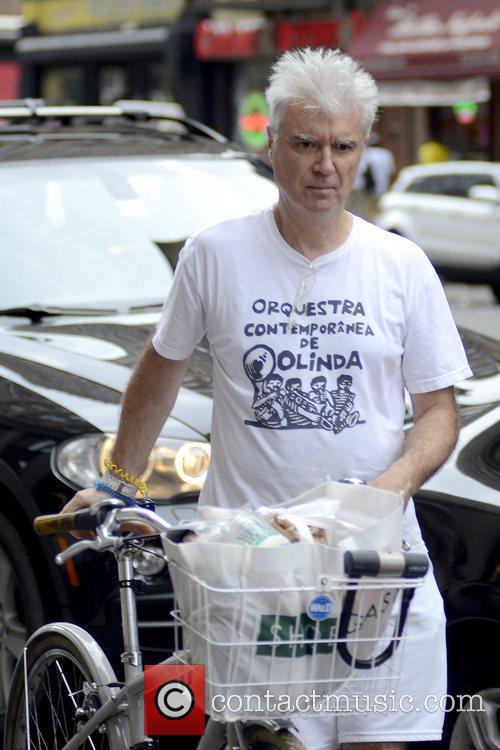