He's working on a positivity project called 'Reasons to be Cheerful'.

Former Talking Heads frontman David Byrne is set to drop his first solo album in 14 years, with 'American Utopia' due to be released this Spring. A sneak peek in the form of new single 'Everybody's Coming To My House' was released last week. 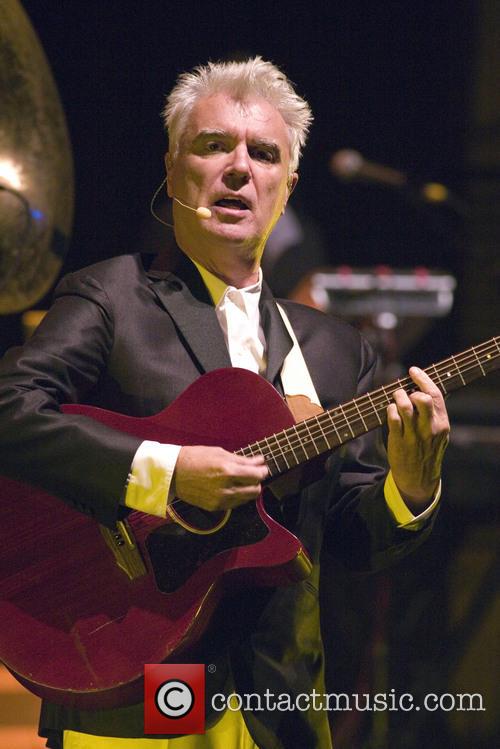 With the help of Robert Edridge-Waks, he launched a minimalist animated video for the lead single, which he co-wrote with his longtime friend and collaborator Brian Eno. The song also features contributors the likes of Sampha, TTY and Isaiah Barr of Onyx Collective.

'These songs don't describe an imaginary or possibly impossible place but rather attempt to depict the world we live in now', David said in a statement. 'Many of us, I suspect, are not satisfied with that world-the world we have made for ourselves. We look around and we ask ourselves-well, does it have to be like this? Is there another way? These songs are about that looking and that asking.'

The album itself saw Byrne and Eno working alongside producer Rodaidh McDonald among others. It's his first solo album since 2004's 'Grown Backwards', though between then and now he has released full-length albums with Eno, Norman Cook aka Fatboy Slim and St. Vincent.

'American Utopia' is all part of an ongoing multimedia project David has going on called 'Reasons to Be Cheerful', named after the Ian Drury song of the same name. It aims to spread positivity in a world fraught with war, pollution, poverty and political uncertainty.

'The songs are sincere-the title is not ironic', he says. 'The title refers not to a specific utopia, but rather to our longing, frustration, aspirations, fears, and hopes regarding what could be possible, what else is possible. The description, the discontent and the desire-I have a feeling that is what these songs touch on.'

David Byrne will embark on a tour across North and South America this Spring, and is set to appear at a number of festivals including Lollapalooza Brazil, Coachella and Shaky Knees. He also has several European festival dates lined up for the summer.

'American Utopia' is due to be released on March 9th 2018 via Todomundo and Nonesuch Records.