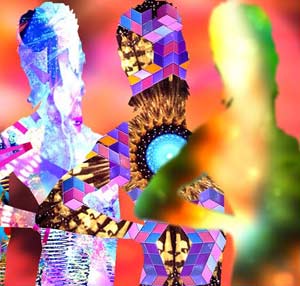 On 11th October 2010 a whole host of musical luminaries from Duran Duran to Warpaint and Devendra Banhart have united to contribute Bowie covers for a War Child tribute album. 'We Were So Turned On: A Tribute To David Bowie' is set for release via LA independent Manimal on the 11th October. All proceeds from the two-disc, 34-track album will go towards the benefit of War Child.

The project was launched in 2008, and also includes contributions from Carla Bruni, A Place To Bury Strangers, Lights, Vivian Girls, Rainbow Arabia and many more.

The next single to be released from the album will be War Paint's version of 'Ashes To Ashes' in August. You can download the most recent single 'Memory of a Free Festival' by Edward Sharpe & The Magnetic Zeros from My Old Kentucky.

What began as a vague idea of fresh and seasoned artists paying homage to the man who invented the art of reinvention, David Bowie.

War Child is a charity that helps children affected by war across the globe no matter what border they inhabit. A charity that Bowie makes no secret about supporting.

Within a few months, Devendra Banhart (Megapuss), Vivian Girls, Carla Bruni, A Place To Bury Strangers all came on board to contribute tracks.

By the summer of 2009, the record had began to take shape when the addition of pop legends Duran Duran, ex-Slits Viv Albertine and legendary avant-garde bassist/musician Mick Karn were added to the roster.

Manimal friends and alumni's, Warpaint, Chairlift and Edward Sharpe & the Magnetic Zeros came on board by that autumn.

With a final track listing that is as diverse as it is chameleon-like, just like the thin-white duke himself, 'We Were So Turned On' has something for every Bowie lover.