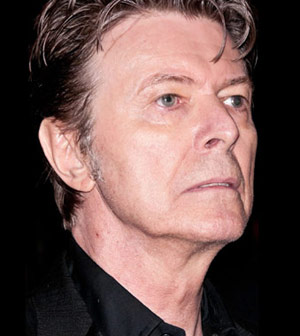 David Bowie's dramatic return to the music scene this week has seen his beloved fans rushing to buy his music and films at Amazon.co.uk.

Pre-orders have propelled the Deluxe Edition of the prolific rocker's comeback album 'The Next Day' to the top of the Amazon.co.uk music store bestseller chart, more than two months before its release on the 11th March 2013.

All three formats of the album (standard, deluxe and vinyl) have shot straight into the pre-order chart top ten and Bowie's new single 'Where Are We Now?' is available to download now from the Amazon MP3 store.

Meanwhile, in the film & TV store at Amazon.co.uk, sales of the Blu-ray version of Bowie's 'The Man Who Fell To Earth' have shot up by 600% since the album was announced and the Collector's Edition of 'Labyrinth', also starring Bowie, has more than doubled.

"The album was recorded in secret and it's amazing that someone as huge as David Bowie can record a whole album without anyone knowing about it. It brings great excitement to the music scene and with 'The Next Day' already hitting the top ten on pre-orders alone it looks like customers agree," said Xavier Garambois, Vice President of EU Retail at Amazon. "With such an impressive start this could be an early contender for one of the biggest albums of the year."