We Can All Calm Down Now, 'Labyrinth' Is NOT Getting A Remake

There’s only one Goblin King and it will forever be David Bowie.

It’s time to breathe a sigh of relief, because Labyrinth is not getting a remake. Rumours that the classic 80’s film, which starred David Bowie, was getting a do-over had been swirling round the internet all weekend but now the writer at the center of the story has confirmed there’s no remake on the way. 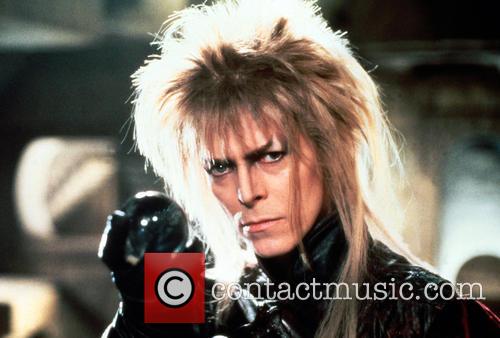 David Bowie as Jareth, the Goblin King in Labyrinth.

It all started when The Hollywood Reporter published a story on Friday (January 22nd), claiming that TriStar had closed a deal with The Jim Henson Co. to produce a Labyrinth remake with Guardians of the Galaxy co-writer Nicole Perlman penning the script.

Fans of the classic children’s film were understandably annoyed and it didn't take long before Perlman spoke up on twitter. ‘Not "rebooting" anything, guys,’ she wrote. ‘Henson Co & I started talking in late 2014, so the timing of these rumors is so upsetting.’

‘I would never seek to profit from Bowie's death. Labyrinth is my favourite film from childhood, so I share your concerns that any continuation of the world be handled with love and respect. we are not remaking anything. Don't believe everything you read online.’

‘Guys, please don't fall for all the clickbait. No one is remaking Labyrinth’, Perlman added. ‘That movie is perfect as it is.’ When a fan then told Perlman that just because she wasn't doing a remake doesn't mean someone else won’t, the writer replied: ‘I mean, at some point in the next 1.5 billion years before the earth dies, someone might try. But it's not happening NOW.’

Released in 1986, Labyrinth starred David Bowie as Jareth, the Goblin King, who kidnaps the baby brother of Sarah (Jennifer Connelly) and sends her on a magical trek through his elaborate maze in order to get him back.

It was the last film directed by Jim Henson and was written by Monty Python’s Terry Jones and executive produced by George Lucas. The film had a disappointing run at the box office upon its release, but eventually went on to gain a strong cult following worldwide.