The betting odds have been released for next month's Q Awards. David Bowie nominated for all categories except one.

It's that time of year when music magazine Q's awards are rolling round again and the bookies begin to speculate on which acts have best defined the year in music. With a quick glance at the list, it's easy to see that 2012/2013 has been a year of David Bowie after the veteran English popstar made his highly lauded comeback.

It's Been A Great Year For Bowie.

With the exception of 'Best Live Act,' Bowie has been nominated for every single award with odds that says there's a good chance he'll win too. With odds of 3/2, Bowie's up for the best video gong for his 'The Stars (Are Out Tonight)' video starring Tilda Swinton. Similarly, Bowie enjoys the same odds for 'best solo artist' and comes up against Arctic Monkeys for the title of best track for Bowie's 'Where Are We Now?' and Arctic Monkey's 'Do I Wanna Know?' 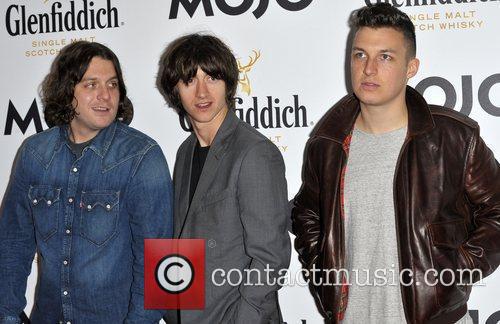 Will the Arctic Monkeys triumph?

Muse are strong contenders for yet another best live act award but are facing string competition from Mumford & Sons, Arctic Monkeys and Foals who have all played shows more recently than the Devonshire trio. French electro duo Daft Punk are up for best track, best video and best album on the back of their hugely successful disco turn on Random Access Memories with infectious lead single, 'Get Lucky.'

The award for best event is split between festivals, such as Glastonbury, with multiple acts and single shows that have made a big impact this year, including Kraftwerk's show at the Tate Modern and Bowie's V&A performance. However, the favourite to win is the Rolling Stones with their Hyde Park concert. The coveted 'best act in the world today' looks like it will go to Scots rockers Biffy Clyro with their 2/1 odds. Muse Have No End Of Live Act Awards.

Q's senior editor Matt Mason praised all acts who made the shortlist, saying "All The Q Awards nominees have helped ensure that 2013 has been an incredible year for music."

The ceremony will take place on the 21st October at a central London venue.

The Full List Of Odds Provided By Paddy Power Is As Follows:

David Bowie -The Stars (Are Out Tonight) 3/2