Is David Bowie's 'The Next Day' The Greatest Comeback Album Ever?

David Bowie has received strong reviews for his new album The Next Day. 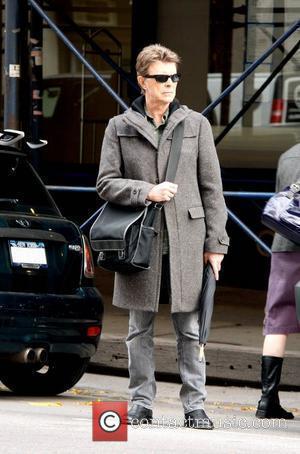 David Bowie caught just about everyone off guard after announcing his twenty-fourth studio album The Next Day on his sixty-sixth birthday earlier this year, releasing lead single 'Where Are We Now?' and the accompanying video shortly afterwards.

Few even knew the Thin White Duke was working on new material, though the pieces to the puzzle began to fit and it emerged Bowie had been working on new material with Tony Visconti while holed up in New York for the past two years. And we all thought he was chilling out in Central Park and drinking coffee in SoHo.

With no 'guest appearances' - a staple of many 'returning albums' - The Next Day is very much a product of the long-time working relationship between Bowie and Visconti. Familiar faces were called in, Gail Ann Dorset on bass, Sterling Campbell on drums, both of whom have worked with Bowie since the 1990s. Saxophonist Steve Elson - a long-time collaborator - also plays on the record.

Critics were unanimous in their praise for 'Where Are We Now?'. Many considered it be Bowie's finest work in years - hard to disagree with, though with the full album now in the hands of rock journalists the world over, how does the entire thing stand up?

The Daily Telegraph were perhaps the most effusive in their praise of 'The Next Day,' calling it "an absolute wonder," adding, "[It's] urgent, sharp-edged, bold, beautiful and baffling, an intellectually stimulating, emotionally charged, musically jagged, electric bolt through his own mythos." The Independent put the album up there with Brian Wilson's 'Smile,' Paul Simon's 'Graceland,' Cash's 'American Recordings' and Dylan's 'Time Out Of Mind,' writing, "David Bowie's The Next Day may be the greatest comeback album ever..It's certainly rare to hear a comeback effort that not only reflects an artist's own best work, but stands alongside it in terms of quality, as The Next Day does." It's perhaps best to proceed with caution, given that hardly a negative word has been written about Bowie's comeback, though the reviews do speak highly of the record. "An album that's thought-provoking, strange and filled with great songs," said The Guardian. "A triumphant, almost defiant, return," writes the BBC, while NME say, "Above all, this album is about songcraft. Rather than reinventing Bowie, it absorbs his past and moves on, hungry for more."

The Next Day will hit stores in Germany first, on March 8, 2013, before becoming available in the UK on the 11th, the USA on the 12th and Australia on the 15th. This week, Bowie released his second single 'The Stars (Are Out Tonight)' featuring a video with Tilda Swinton.

Watch the video for 'The Stars (Are Out Tonight)':