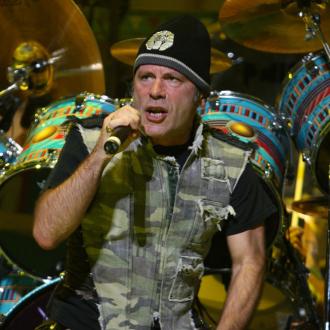 The rock group has been named by music charity Nordoff Robbins as the 2015 recipient of the accolade, and will be presented with the award at the organisation's 40th anniversary O2 Silver Clef Lunch on July 3 at Grosvenor House Hotel on Park Lane in London.

The band have been chosen to receive the prize in recognition of their global success, having sold over 90 million albums and performed more than 2,000 concerts, and means they will join previous recipients including David Bowie, Sir Paul McCartney and Annie Lennox.

On being announced as the winners, the band said: ''Nordoff Robbins is an exceptional charity and their dedication to changing people's lives through music therapy is something we all very much support. We're extremely proud to receive the O2 Silver Clef Award and be part of the 40th anniversary event celebrating this wonderful achievement.''

The announcement was made at a private party at The Club at Café Royal in London on Monday (23.03.15), where it was also revealed Il Divo will be awarded the coveted PPL Classical Award.

The cross-over opera group have sold over 30 million albums to date and achieved 50 number one records, leading to them being named the recipients.

On their win, the group said: ''We are honoured to be receiving the PPL Classical Award at the 40th Anniversary of the O2 Silver Clef Lunch. We are really looking forward to the event on 3rd July.''