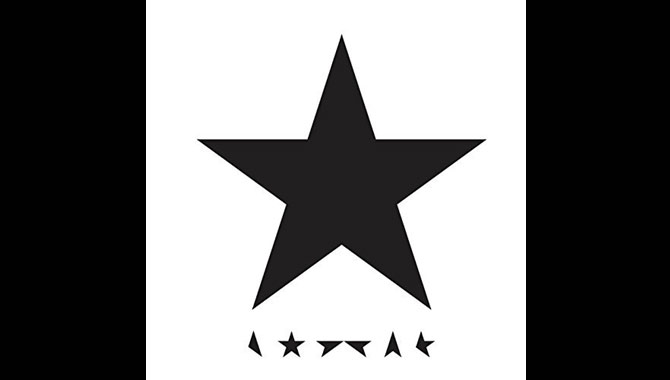 Mar. 11, 2016: British psych-folk-rockers The Hanging Stars entertain with "Over The Silvery Lake", 13 folky, inspired songs recorded across the world. "Over the Silvery Lake" recalls emotions drifting by on a warm spring day: a laid-back, calm appreciation of beauty in both light and shadow. Decidedly psychedelic country-pop, The Hanging Stars scratch that elusive itch a listener accustomed to heavier fare might not even realize exists. Simultaneously timeless and revivalist, the album draws from a colorful, Byrds-y and Americana influenced past as artfully as it looks to a transcendent future.

Mar. 18, 2016: Iggy Pop's "Post Pop Depression" is sensual, dark, and above all, alive. The nine tracks on the once-secret, now Grammy-nominated platter reach out to a diverse group stylistically, musically, and through lyrical prose. "Gardenia'"s decadent allure, "In The Lobby"'s and "American Valhalla"'s mortality, and "Sunday"'s holiday romp are all touchstones in Pop and collaborator Joshua Homme's lives. "Sunday" and "Paraguay" share sharp turns for codas; "Sunday" boasts a soothing, orchestral finale, while "Paraguay" spews a potent, venomous rant. For those who seek subtle, mature sophistication without giving up the raw, rough-hewn power of rock (in many flavors), "Post Pop Depression" is a stunning hit.

Apr. 8, 2016: Los Angeles's Sweethead brings its latest, "Descent to the Surface", to the table next. "Descent to the Surface" is slightly eccentric alt-rock with ambient, electronic, dance, pop, and even quasi-country influences showing. This 12 track disc may fly under the radar of many, due to its lack of promotion. Sweethead seems to have shed limitations imposed by a static, strict four peice band and hard rock mindset, in favor of a greatly expanded sonic palette. With creative duo Serrina Sims and Troy Van Leeuwen's raw energy and pure hunger mostly satisfied, "Descent to the Surface", is served like an aural main course.

Apr. 8, 2016: The Dandy Warhols' latest, Distortland, is alchemical in it's influences, from neo-surf ("Pope Reverend Jim"), to "Search Party"'s art rock, to the undercurrent of knifelike guitar a la thrash metal ("Semper Fidelis"). The band doesn't forego or forget its roots with power pop ("You Are Killing Me"). "Distortland" is a subtle, perfect blend, pleasant and cosmopolitan. For someone seeking music with just the right amount of quirk and rock mojo, this fits the bill nicely.

June 3, 2016: The Kills offers a more mellow electronica-meets-pop platter with "Ash & Ice". Dynamic creative duo Alison Mosshart and Jamie Hince mesh well, and the band's latest release presents a sophisticated, more relaxed, and minimalist facet to its oeuvre. Tunes on "Ash & Ice" are inextricably contemporary, fully embracing living in, and being present for, the present.

June 24, 2016: The year begins to pick up speed with Nashville's The Wans and its release, "Run Baby Run". This is a hook-laden, six song EP of uptempo, engaging hard rock, with overt nods to power pop, grunge, and classic rock. The kinetic music, mated with some sex-soaked lyrics, captures rarer carefree moments of younger adulthood, where the world is this power trio's oyster. The (enthused, energized) Wans still like to party, and want everyone to join them.

July 8, 2016: At first, heavy music fans seem to unsuccessfully attempt to will heavy metal into the fibrous mat of Gone Is Gone's being, proving that music which pushes against the grain of what "the masses" expect of it can be really enjoyable. Gone Is Gone's eponymous debut output is art-rockier, more atmospheric, and more ambient then straight up metal would have been. Each song on the darkened, fresh debut is a well-contained composition, ambitious and expansive.

Oct. 21, 2016: Listeners drawn to harder fare will enjoy the 2016 list's grand finale, Trash Talk's free "Tangle" EP. "Tangle" is traditional hardcore thrash punk done right: analog, angry, and aggressive. The band took this professionally-recorded, heavy-hitting disc a step further by distributing it digitally, completely free of charge, with no email sign-up lists or other hindrances. In a time where professional musicians rightfully complain about creators not being paid for their work, this is a noble gesture and a great nod to the underground DIY scene from which punk, hardcore, and more extreme metal still sprout. For fans who need their tunes somewhere between 'bloody knuckles' and 'skull crushing', "Tangle" will definitely induce that much sought 'concert bangover'.