David Bowie wanted to form a secret band before he died

David Bowie was rumoured to form a secret band, according to fashion designer Tommy Hilfiger. 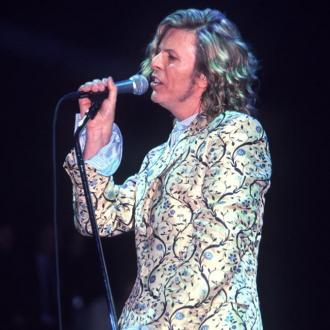 David Bowie was rumoured to form a secret band, according to fashion designer Tommy Hilfiger.

The late singer - who passed away in January aged 69 years old - was reportedly in talks with a group of musicians to record a number of tracks in a ''raw state'' prior to his death because it was his life long ''dream'' of his.

In an extract from the 65-year-old creative mastermind's memoir 'American Dreamer: My Life in Fashion and Business', which has been obtained by The New York Posts's Page Six Column, Tommy wrote: ''His [Bowie's] dream was to gather incredible musicians and create music that they had never rehearsed, read or even seen before.

''They'd simply go into a studio and play something for the first time and record it in that raw state. I found the idea thrilling.''

And Tommy - who founded his eponymous fashion label in 1985 - has previously admitted he also rejected working with the late 'Thriller' hitmaker, Michael Jackson, on a fashion range.

Speaking in the memoir, he wrote: ''[Michael] was sitting in an enormous gold-and-burgundy throne ... His face was heavily made up and he had a Band-Aid across his nose. He was fidgety. He said, 'We really have to do this clothing line together. I have millions of fans all over the world who are waiting for it.' He spoke in the same wispy voice we had all grown accustomed to.

''Michael continued to call and ask us to reconsider, but our decision was firm, and he never did the clothing line.''