What is David Bowie trying to convey about his new album The Next Day? 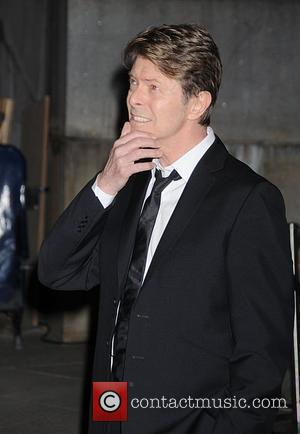 By now, we're all aware that David Bowie hasn't exactly gone down the conventional route of promoting his latest album The Next Day. First single Where Are We Now? seemingly came out nowhere (few knew that Bowie was working on new material), while there has been no interviews, no press conferences, no live shows. Nothing.

The album performed strongly in the charts and the second single, The Stars (Are Out Tonight), featured a video starring Tilda Swinton. However, there was nothing from Bowie himself, until Guardian writer Rick Moody asked the singer-songwriter to supply a "work-flow diagram" for a piece for the Rumpus, because he "wanted to think about it in light of what he was thinking about it, I wanted to understand the lexicon of The Next Day."

Surprisingly, the media shy star obliged and provided a varied list of words - including 'hostage' 'isolation' and 'pressgang' - that he thinks sum up the new record. Moody wrote that the list was "really excellent," adding, "[they are] exactly in the spirit of this album, and the list is far better than I could ever have hoped, and it's exactly like Bowie, at least in my understanding of him: impulsive, intuitive, haunted, astringent and incredibly ambitious in the matter of the arts. Bowie is a conceptual artist, it seems to me, who just happens to work in the popular song, and he wants to make work that goes somewhere new, and this is amply demonstrated by the list."

The list certainly includes plenty of aggressive words, such as traitor, comeuppance, hostage and anarchist. How do you interpret them?

Watch the video for Where Are We Now? below!