David Bowie has finally spoken out about his new record, 'The Next Day', describing it in 42 cryptic words. 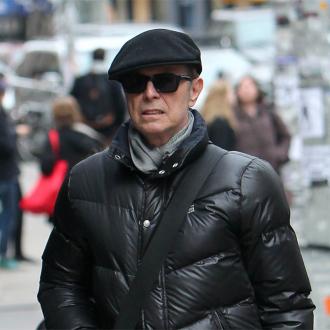 David Bowie has issued a 42-word statement about his new album.

The 'Ziggy Stardust' singer has broken his silence about 'The Next Day', after writer Rick Moody asked him to offer a ''work flow diagram'' of the record.

The 66-year-old icon's cryptic revelation further fuels speculation he could be ready to make a comeback into the public eye.

Bowie's wife Iman hinted earlier this year he could be gearing up for a tour, saying she and their daughter, Alexandria, wouldn't be able to join him on the road.

Iman lamented: ''We have a 12 year old in school, so we are stuck, we can't travel. Our schedule is around her, so I don't know.

''We'll have to go visit him, but we won't be on tour with him because she's in school.''

The supermodel also expressed her delight that David was able to keep the album secret until single 'Where Are We Now?' was surprise released in January.

She explained: ''Everyone asks, 'How did he keep it so quiet?' But they were loyal to his vision and he asked, could they just keep it under wraps til it was released?

''They were just happy he was working on something and it's just great to hear him.''