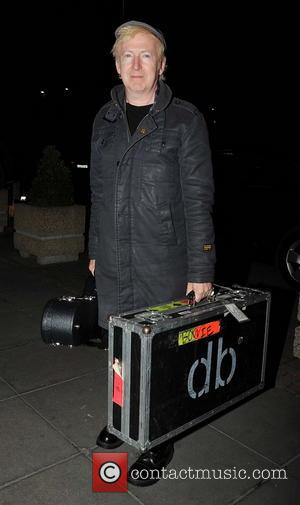 David Bowie has incurred the wrath of officials at America's Catholic League over his religious-themed new video.

The Ziggy Stardust legend's promo for new single The Next Day was temporarily removed from YouTube.com due to its graphic content, which includes self-flagellating monks, topless nuns and gruesome images of stigmata.

Bowie appears in the video dressed in Christ-like robes, while Gary Oldman plays a beer-swilling priest and Marion Cotillard is a hooker who transforms into a saint.

The video has riled Catholic League president Bill Donohue, who brands the clip a "mess".

A statement on the organisation's website reads, "The switch-hitting, bisexual, senior citizen from London has resurfaced, this time playing a Jesus-like character who hangs out in a nightclub dump frequented by priests, cardinals and half-naked women.

"The video is strewn with characteristic excess: one priest bashes a homeless man, while others are busy hitting on women; self-flagellation is depicted; a dancing gal with bleeding hands makes a stigmata statement; and a customer is served eyeballs on a plate... In short, the video reflects the artist - it is a mess.

"Bowie is nothing if not confused about religion... Not sure what he believes in today... but it's a sure bet he can't stop thinking about the Cadillac of all religions, namely Roman Catholicism. There is hope for him yet."