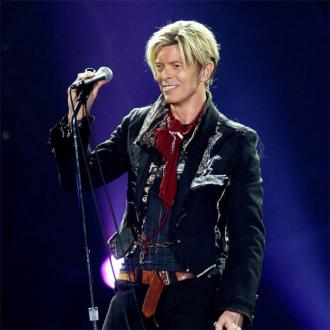 The 'Starman' hitmaker - who tragically passed away in January last year aged 69 after his battle with cancer - has had his 1971 LP crowned the best piece of work the music legend has created by BBC 6 Music's listeners.

Whilst 'Hunky Dory' came top of the charts out of all of his compilations, and beat his latest work 'Blackstar' and 'Heroes' albums to the post.

David's music was played on vinyl by Gideon Coe on his show on Monday evening (09.01.17), which saw the 49-year-old radio presenter credited the late musicians work as a ''lovely record''.

Speaking on the show, he said: ''It's got to be done properly so I'll be playing it off vinyl. Side one, then turn over after 'Quicksand' and play side two. I'll try to make the transition a smooth one.

''Really looking forward to it

''It's a lovely record and the whole vote has been a reminder of just how many great albums Bowie made.''

And David has had an EP released in honour of what would have been his 70th birthday posthumously, which includes three new tracks 'Killing a Little Time, 'When I Met You' and 'No Plan', and the song 'Lazarus' from his final LP 'Backstar'.

The lead track and the name of the EP, 'No Plan', comes with its very own music video directed by Tom Kingston.