David Bowie documentary reveals 'Lazarus' did not hint at the singer's death. 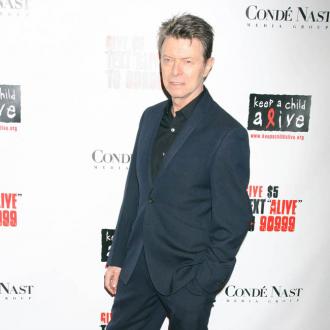 David Bowie only learnt his cancer was terminal three months before his death.

The late legendary singer sadly passed away at the age of 69 from liver cancer just two days after he released his final album 'Blackstar' in January last year but a new documentary on his life has suggested that he had no idea he was battling the illness while he was recording the LP.

Speaking in the documentary 'David Bowie: The Last Five Years' Johan Renck - who directed the video for 'Lazarus', which sees the star lying in a hospital bed with bandages over his eyes - said the concept had ''nothing to do'' with his illness.

Johan said: ''David said: 'I just want to make it a simple performance video'. I immediately said 'the song is called 'Lazarus', you should be in the bed'. To me it had to do with the biblical aspect of it... it had nothing to do with him being ill. I found out later that, the week we were shooting, it was when he was told it was over, they were ending treatments and that his illness had won.''

The documentary will hit television screens on Saturday (07.01.17) on the UK TV channel BBC Two and will serve as the follow up to Francis Whately's BAFTA-award-winning 'David Bowie: Five Years', which was broadcast on BBC Two in 2013.

Speaking about the documentary, Francis said previously: ''I always hoped that I would make another film about Bowie as we were only able to scratch the surface in the first film, but I just didn't expect it to be this soon.

''However, looking at Bowie's extraordinary creativity during the last five years of his life has allowed me to re-examine his life's work and move beyond the simplistic view that his career was simply predicated on change - Bowie the chameleon... 'ch ch ch changes' etc. Instead, I would like to show how the changes were often superficial, but the core themes in his work were entirely consistent - Alienation, Mortality and Fame.''