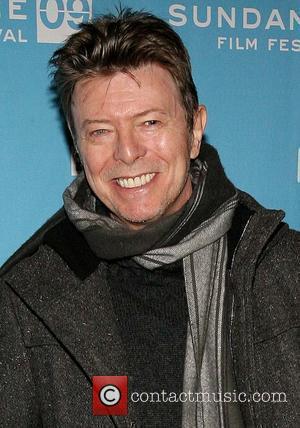 A white witch helped cure David Bowie of his crippling drug-fuelled paranoia, according to a revealing new book about the rock star.
Writer Mark Spitz spent years talking to Bowie, as well as the rocker's family and friends, in a bid to explode myths about the Let's Dance legend in his new tome, Bowie.
And Spitz reveals how the rocker called on magic to help him get through a terrifying part of his life.
In the book, Spitz writes, "While planning the follow-up to Young Americans (album), Bowie would sit in the house with a pile of high-quality cocaine atop the glass coffee table, a sketch pad and a stack of books. Psychic Self Defense was his favourite. Its author describes the book as a 'safeguard for protecting yourself against paranormal malevolence.'
"Using this and more arcane books on witchcraft, white magic and its malevolent counterpart, black magic, as rough guides to his own rapidly fragmenting psyche, Bowie began drawing protective pentagrams on every surface."
Bowie told the author, "I'd stay up for weeks. Even people like Keith Richards were floored by it. And there were pieces of me all over the floor. I paid with the worst manic depression of my life. My psyche went through the roof, it just fractured into pieces. I was hallucinating 24 hours a day."
Spitz adds, "Increasingly Bowie was convinced there were witches after his semen. They were intent on using it to make a child to sacrifice to the devil, essentially the plot to Roman Polanski's 1968 supernatural classic Rosemary's Baby."
A friend hooked Bowie up with New York-based white witch Walli Elmlark.
The author adds, "Elmlark quickly and successfully exorcised the pool. Angie (Bowie), who was living there at the time, noted that it started to bubble and smoke, and that it only rained outside David's window while the rest of the L.A. sky was clear. Elmlark wrote a series of spells and incantations out for Bowie as he continued to wrestle with the forces of darkness."