David Blaine To Be Magic Dad

Illusionist David Blaine and his French model fiancee Alizee Guinochet are expecting their first baby together. 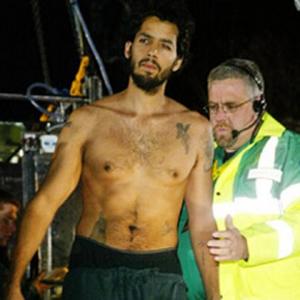 David Blaine is to become a father.

The illusionist announced he is expecting his first child with his French model fiancee Alizee Guinochet at a rooftop cancer benefit night hosted by ASmallWorld.com mogul Patrick Liotard-Vogt.

When telling the guests his happy news David revealed he has high hopes his child will follow in his magical footsteps.

He told guests: "The baby is probably already practicing the breath hold!"

Alizee attended the benefit with David and according to onlookers she was wearing a layered dress to hide her burgeoning baby bump.

As fatherhood approaches, the 37-year-old illusionist may have to put his latest planned stunt on hold.

David - who is famed for his endurance tests, including holding his breath for over 17 minutes and spending 44 days without food suspended in a Perspex box in London - recently revealed he wants to be set adrift into the ocean inside a glass bottle.

He said: "It started because I had a dream one night that I was in a life-size bottle in the middle of the ocean. That's where it started, and now I'm trying to work out how to make that into a physical reality - into a real physical feat."