David Blaine's fiancee Alizee Guinochet had to be rushed to hospital in a snow plough to give birth to their first child together after New York had been crippled by a heavy snowstorm. 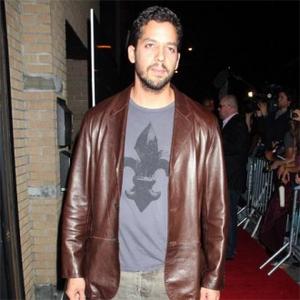 David Blaine's fiancee had to be rushed to hospital in a snow plough so she could give birth to their first child.

According to the New York Post newspaper, Alizee Guinochet went into labour in New York last Wednesday (26.01.11) and the illusionist tried to hail a taxi but failed to do so because the city had been crippled by an extremely heavy snowstorm.

So when a snow plough run by a private contractor came around the corner, David flagged it down and the driver took the couple to a nearby hospital, where Alizee gave birth to a healthy baby girl.

The couple have not revealed any other details about their daughter but a spokesperson said: "Mom and baby are doing fine."

David and French model Alizee got engaged in 2009 after dating for less than a year.

A source close to them said: "They didn't date long, but they knew it was right. It was an instant attraction."

Although they are yet to announce a wedding date friends say they couldn't be happier.

One pal revealed: "They could not be more in love."