Move Aside David, Romeo Beckham is The New Face of Burberry 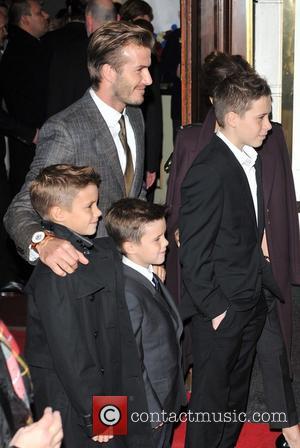 Is it time for David Beckham to concede to his offspring? With Romeo Beckham - the English footballer's second child - being unveiled as the face of Burberry's new advertising campaign, the 'young Becks' as we like to call them, might be taking centre stage.

Described as "a joy to work with" by Burberry's chief creative officer Christopher Bailey, it seems as though Romeo is already making friends in high places, despite being only 10-years-old. "We had such fun shooting the campaign and I think that comes through in the images which really reflect the upbeat spirit of the collection," said Baily. The advert was shot by renowned fashion photographer Mario Testino, long time Burberry collaborator, and the man behind the Duke and Duchess of Cambridge's engagement portraits. "This season's campaign lights up with the infectious energy of an amazing young cast of old and new Burberry family," Baily continued, "Cara, Edie Campbell, Charlotte Wiggins, Charlie France and Alex Dunstan are joined by Max Rendell and Romeo, who was a joy to work with and really stole the show."

Victoria and David Beckham have three sons - Brooklyn, 13; Romeo, 10; and Cruz, seven - as well as daughter Harper, who was born in July 2011. David and the three boys walked the red carpet at the premiere of the Spice Girls musical Viva Forever last week in support of Victoria. They were sporting bespoke Burberry suits.