Why Ella Fitzgerald Is So Important To David Beckham

David Beckham has always been a family man; with his wife of nearly 20 years and four children, that hardly needs to be said. But on the latest episode of 'Desert Island Discs', he reveals how that kind of love comes from his close relationship with family as a child. 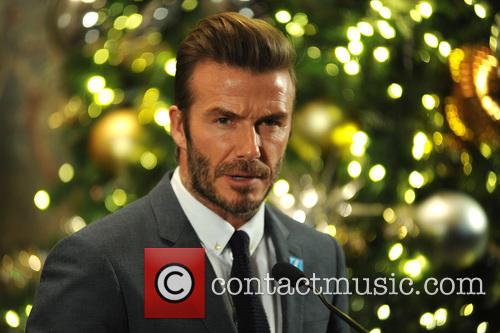 Having a close-knit family is something that the legendary soccer player has carried with him all his life. He opens up about such memories in the special 75th anniversary episode of BBC Radio 4 show 'Desert Island Discs', where he reveals that his first record to go with him on a Desert Island is Ella Fitzgerald's 'Every Time We Say Goodbye'.

This 1965 classic reminds him of weekend trips to the home of his grandparents who he was very close to - as much as his grandfather was sometimes strict with him. 'I'd sit in a chair that was known as my grandad's chair. He was old-school, very stern but so loving as well', he said.

'He used to work nights at the print and he used to get up at about 11 o'clock in the morning, I was watching 'Football Focus' and he would say, 'OK, out!' And as soon as he said 'out' we jumped up, whether it was me, whether it was my sisters, and he did exactly the same with my children as well. But the thing that I remember, and this is why the song is so memorable for me, is it used to be playing when I walked in his flat.'

Among David Beckham's other musical choices are Stone Roses' 'I Am The Resurrection', Elton John's 'Something About The Way You Look Tonight' and Michael Jackson and Paul McCartney's 'The Girl Is Mine'. But none are so important to him as the aforementioned jazz standard.

'The one that I would rescue out of all of them would have to be Ella Fitzgerald, 'Every Time We Say Goodbye'', he reveals.