David Beckham has admitted he donned a pair of ''really small'' swimming trunks while on holiday with Victoria Beckham in attempt to woo her before they were married. 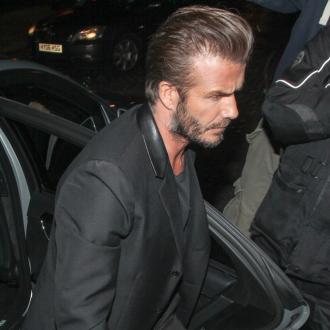 The retired soccer superstar, who launched his new swimwear line in collaboration with H&M in London last night (14.05.14), admits that before he married the former Spice Girl he took her on holiday and donned a pair of tiny swimming shorts to try and woo her.

He said: ''When I first started going out with Victoria and we went away for the first time I remember I took a pair of small, tight, dark blue Gucci trunks with me - I was obviously trying to impress her.

''They were really small, but they worked!''

David - who has children Brooklyn, 15, Romeo, 11, Cruz, nine, and two-year-old daughter Harper with Victoria - made a number of celebrity friends including Tom Cruise and Eva Longoria while living in the US when he played for Los Angeles Galaxy.

But when he came face-to-face with Hollywood legend Jack Nicholson while watching an LA Lakers basketball game he found himself lost for words.

Quizzed on whether he's ever felt star-struck, he told GQ magazine: ''I think when I ran into Jack Nicholson in a toilet. We were at a Lakers game in the Staples Centre and he went to walk in the toilet as I was walking out. He turned to me and said, 'Alright David?' I was blown away by the fact he even knew who I was!''