David Beckham thinks the royal baby should be called David and is certain the Duke and Duchess of Cambridge will make ''amazing parents'' to their little one. 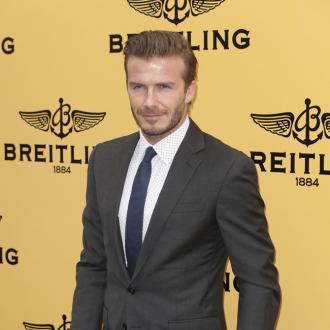 David Beckham thinks the royal baby should be called David.

The ex-soccer player believes Britain's Duke and Duchess of Cambridge - who are expected to welcome their first child any day now - will make ''amazing parents'' and admits he'd be over the moon if they named the newborn after him.

David - who attended Prince William and Duchess Catherine's wedding in 2011 with his wife Victoria Beckham - has given his full support to the couple and says the prince will be an excellent role model for his new arrival.

He explained: ''They're going to be amazing parents because they are so loving towards children.

''We've seen William grow from that young boy into an unbelievable gentleman. And that as a father is really important.''

Peter Phillips - the cousin of William - previously said he can't wait for the royal arrival because it will mean his two daughters, Savannah, two, and 16-month-old Isla, will have a playmate.

He said: ''First and foremost, everyone is ecstatic for both. They will make great parents and it's great to be able to welcome another child into the family, if not from a selfish perspective for my two girls to be able to grow up with a playmate.''