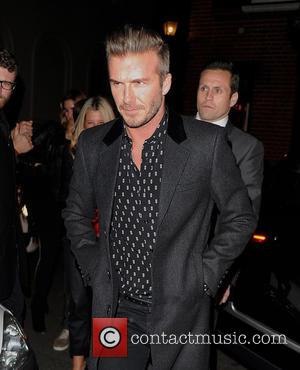 British soccer star David Beckham has recalled the moment his wife Victoria Beckham broke down in tears when he announced he could no longer compete internationally due to an injury.

The sports star had hoped to play for the England national team at the World Cup soccer tournament one more time in 2010 but his dreams were crushed when he tore his Achilles tendon during a match just months before.

In unseen footage from his Brazil adventure documentary, David Beckham Into the Unknown, he recalls the phone call he made to his fashion designer wife to tell her his international soccer career was over.

He says, "She just burst out unconditionally with emotion and crying, when someone just kind of can't get their breath. She literally handed the phone to one of the boys and the boys were upset.