David Beckham is keen to take up street art after taking inspiration from some of his favourite artists, such as Banksy. 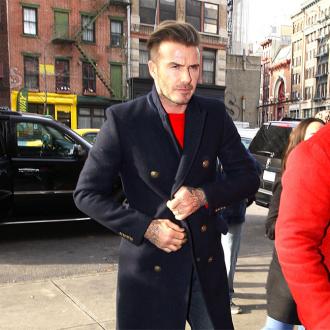 The retired soccer star has been busy with a number of projects - including his new Miami-based Major League Soccer (MLS) side - since quitting the sport last year but he is keen to spend his free time following in the footsteps of graffiti artists, such as Banksy.

A source said: ''Having dabbled with classic painting in the past he now wants to do street art style.''

The 38-year-old hunk will use his fashion designer wife Victoria as his muse for his first piece, but will also take inspiration from some of his favourite artists.

The source told the Daily Star newspaper: ''First he wants to portray his wife. He's been inspired to take a more edgy approach by his vast art collection, which includes works by Damian Hirst and Tracy Emin.

''It was his new year resolution and he's finally getting round to it.''

The former Spice Girls singer was so touched by the note that she posted a picture of it on Twitter, which was accompanied by the message, 'Beautiful message from my babies x vb. (sic).''