David Beckham and two of his sons, Romeo and Cruz, were amongst the guests at the 2014 Nickelodeon Kids' Choice Sports Awards, held in Los Angeles on Thursday (17th July). See who else attended!

David Beckham's appearance at the Nickelodeon Kids' Choice Sports Awards ended when he and his two sons - Romeo and Cruz - were covered in gold goo as part of a skit. Beckham managed to smile through the sliming incident, after his initial shock, but Cruz was distinctly less impressed when his t-shirt was ruined by the practical joke. Fortunately, the trio were the only guests at the awards ceremony to be slimed, everyone else fared considerably better. 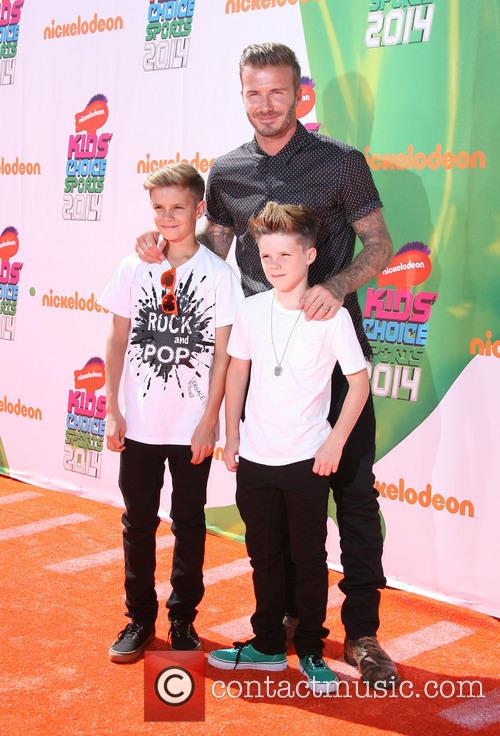 The 39-year-old football star appeared at the annual event on Thursday (17th July) with his two sons, 12-year-old Romeo and 9-year-old Cruz. The event was held at UCLA's Pauley Pavilion and a whole host of celebrities in the film, music and obviously sport sectors poured out to support the nominees.

Bethany Hamilton, the US surfer, was nominated for Favourite Comeback Athlete alongside five male athletes including Adrian Peterson, Russell Westbrook and Rajon Rando. She won the award and looked extremely relaxed, wearing a salmon pink mini dress and flat white sandal on the red carpet. Her husband, Adam Dirks, also attended to support his wife of just over a year. 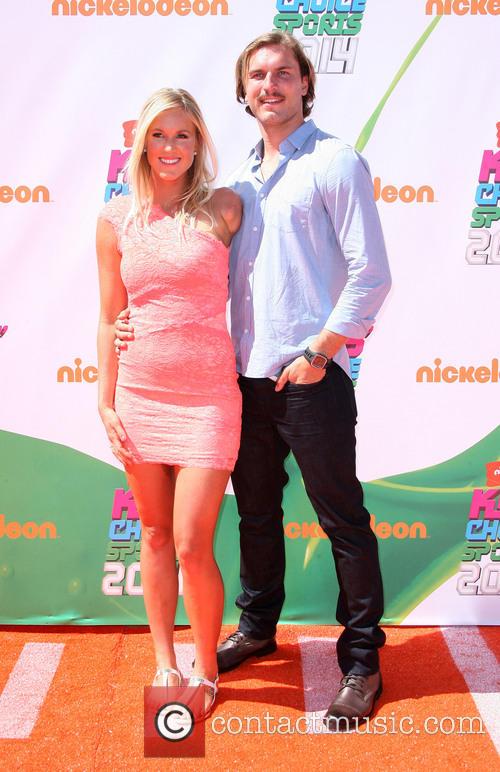 Surfer Bethany Hamilton and her husband Adam Dirk at the event on Thursday.

Serena Williams won the award for Biggest Cannon and she was up against fellow tennis star and Wimbledon Champion Novak Djokovic. The two tennis stars did not attend the event unfortunately but other sporting stars were there en masse.

Gymnast Gabby Douglas won the awards for Queen of Swag and Best Female Athlete. The 18-year-old attended the event wearing a fabulous matching cropped embellished pink top, flashing her perfectly toned tummy, and a pleated skirt. Whilst basketball played Tyson Chandler attended with the whole of his family including his wife, Kimberley, and their three children. 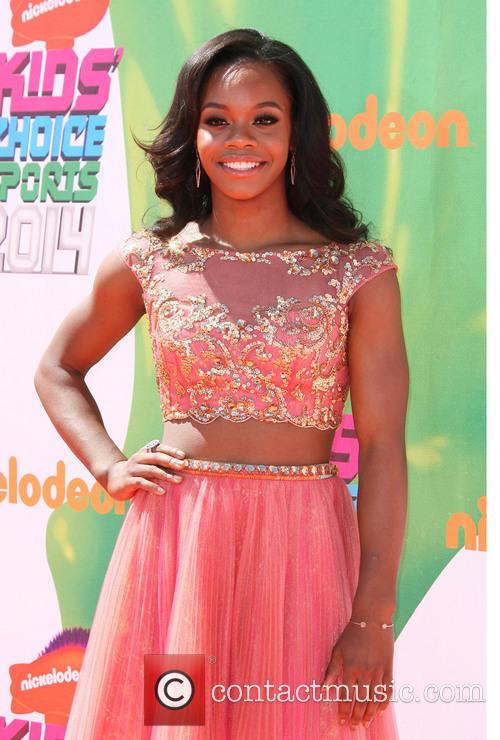 The acting world was represented by a series of Nickelodeon's rising stars including Amber Montana, best known for her role on The Haunted Highways. Ben Winchell, who stars in the series Teen Spirit; Ana Villefane, of series Los Americans; Nathan Gamble who starred in such films as The Dark Knight and Babel; and Game of Thrones' Isaac Hempstead Wright also attended. 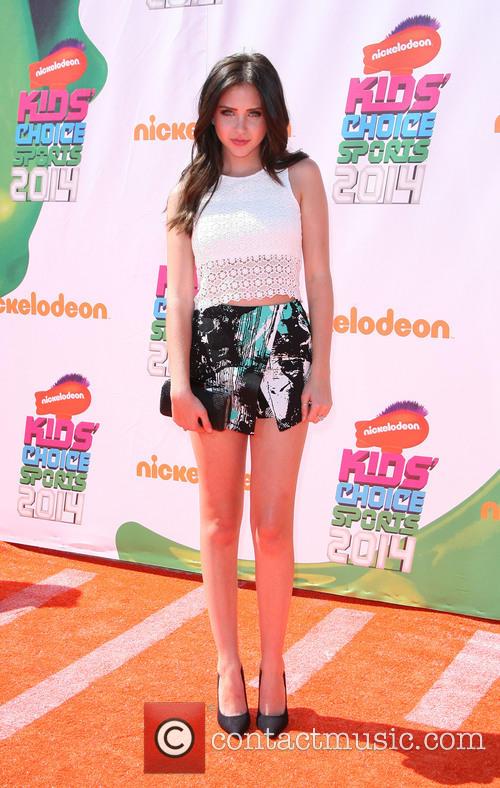 Ryan Newman, who stars in such shows as See Dad Run and Disney's Zeke and Luther, also attended the event. She wore a patterned green and black skort, pointed black heels and a of denim dungarees with a white long sleeved top and a pair of relaxed brogues. 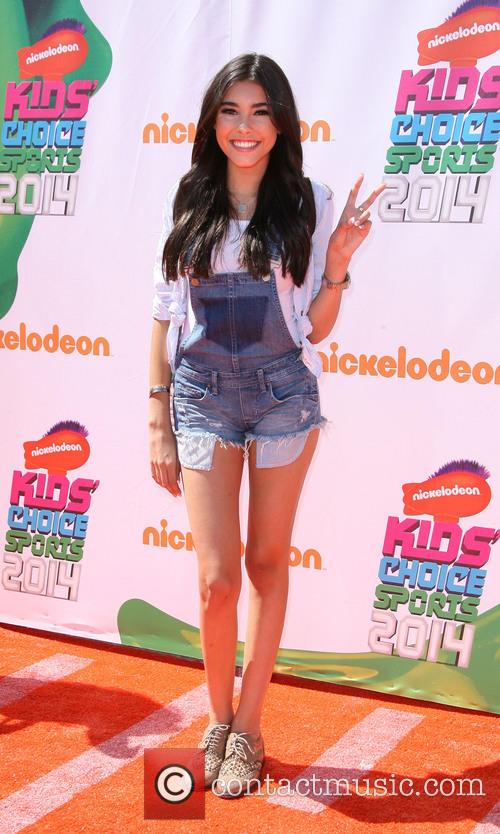 Singer Madison Beer was there to support the nominees. 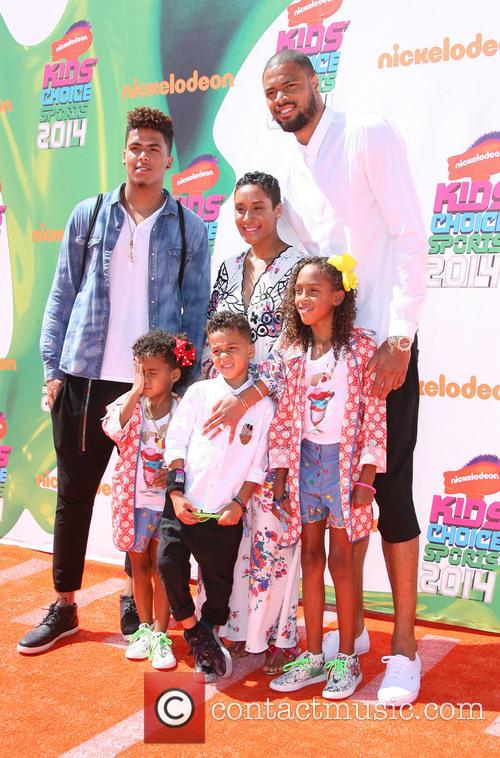 Tyson Chandler with his family.