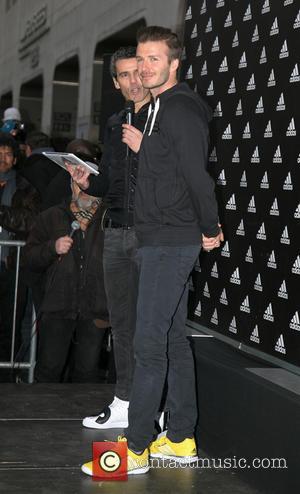 Sports superstar David Beckham is hoping to give Chinese soccer a big boost after signing on to become the country's first-ever global ambassador.

Officials at the Chinese Football Association have invited the former Manchester United, Los Angeles Galaxy and England captain to help promote the game and Beckham is planning a trip to the Far East later this year (13) in a bid to do just that.

He says, "I am honoured to have been asked to play such an important role at this special time in Chinese football history.

"I'm excited by the prospect of promoting the world's greatest game to Chinese sports fans as I've seen firsthand the growing interest in football there. This is a wonderful sport that inspires people across the world and brings families together, so I'm relishing the opportunity of introducing more fans to the game."