David Beckham's fashion ventures are expected to ''expand'' in the next year now he has announced his retirement from professional soccer. 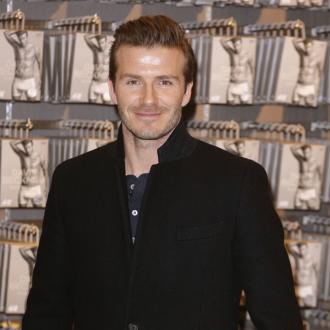 David Beckham's fashion ventures will ''expand'' in the next 12 months.

The 38-year-old sportsman recently announced his plans to retire from professional soccer at the end of the season for his team Paris Saint-Germain and it is thought he will follow in the footsteps of his fashion designer wife Victoria in branching out with more lines.

A spokesperson from his management agency, Simon Fuller's XIX Entertainment, told WWD: ''Over the next year, we will see his business grow and expand. The sky is the limit really, in terms of what he can do globally. Just look at what Victoria [Beckham] has done.''

Although the spokesperson remained quiet on David's retirement, they did insist the British star would continue to work with various companies, including Adidas.

David currently has his own underwear line for High Street retailer H&M and the store have confirmed a new range of his successful bodywear is set to launch later this year.

A representative told Vogue.co.uk: ''David Beckham is a great sportsman and a great style icon, and to us that is how he will be looked upon also in the future.

''We are very happy with the collaboration and look forward to launching the new collection this autumn.''