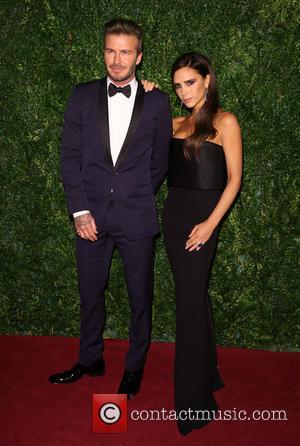 The British star is travelling across the globe to play a game of soccer in seven different countries as part of an ambitious film project for the BBC to highlight the benefits of sport.

His first destination was Papua New Guinea on Thursday (05Nov15) before heading to earthquake-hit Nepal, where he joined a team of children from a school which was badly damaged during major tremors in April (15).

On Friday, hundreds of onlookers gathered in Bhaktapur to watch as David passed a ball around with the kids, who escaped the deadly quake which claimed nearly 9,000 lives.

The star has been documenting his trip in pictures posted on Instagram.com, and one of the snaps shows him helping to make a soccer ball out of dried banana leaves.

"I don't think I've ever made a football before a game before, this one is made from banana leaves. The hat was given to me by the tribe #LoveOfTheGame," he tweeted.

David Beckham: For the Love of the Game concludes with a star-studded soccer match in Manchester, England on 14 November (15).