David Beckham is to celebrate his 40th birthday by surprising his family and close friends by flying them out to Morocco. 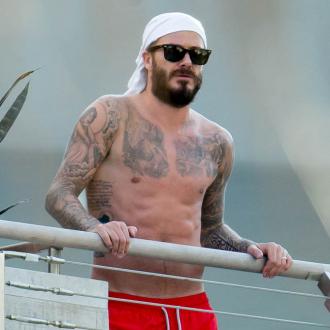 David Beckham is to celebrate his 40th birthday by flying his family and close pals - including Gordan Ramsay and Tom Cruise - to Morocco.

The retired soccer legend reaches the milestone next Saturday (02.05.15) and he has told his close pals and loved ones to keep the weekend free although he has not told any of them they are being flown out to North African holiday destination.

A source told The Sun newspaper: ''He'll only turn 40 once so he wants to do it in style. Morocco is a place close to his heart.''

David is expected to hold his bash at the Amanjena resort in the North African country's city Marrakech, where he and wife Victoria Beckham renewed their wedding vows in 2008.

Guests are likely to include Tom and Gordon, as well as Guy Ritchie, his former Manchester United teammate Gary Neville, Liv Tyler and her boyfriend Dave Gardner - who is David's best friend.

It looks like Victoria - with has sons Brooklyn, 16, Romeo, 12, and Cruz, 10, and three-year-old daughter Harper, with her husband - got her way, as she wasn't happy when David announced that he wanted to celebrate his milestone birthday by going back to his Essex hometown and throwing a party for his family and childhood friends and neighbours, where he would serve a ''chip shop dinner''.

A source previously said: ''Victoria's hoping he'll opt for something more sophisticated. She's suggested going out for dinner with a couple of their celeb friends before heading away on a mini break - but David's got other ideas.''