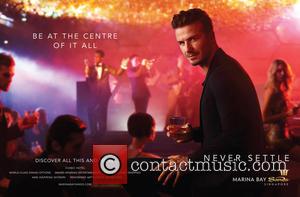 The massive takings put him ahead of basketball stars including Shaquille O'Neal and Magic Johnson, and soccer icon Pele, who all feature in the top 10, and Beckham is only out-earned by Jordan, who is said to have made $100 million (£62.5 million).