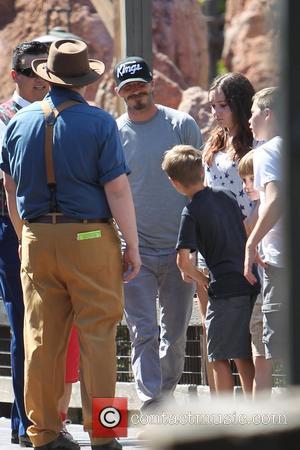 Soccer ace David Beckham has shared his top tips for days out in Britain to help tourists attending the upcoming Olympic Games.
The sportsman was born and raised in London, which is the main city playing host to this summer's (12) sporting extravaganza, and he's eager that visitors to the U.K. experience the best the country has to offer.
He's compiled a list of his 10 favourite activities for tourism agency VisitBritain, and number one on Beckham's list is a trip to see Queen Elizabeth II's official London residence, Buckingham Palace.
The star says, "Buckingham Palace is in the heart of London and it's been the scene of so many great moments in British history - none of us will ever forget the amazing wedding (of Prince William and Catherine, Duchess of Cambridge) last year. Best of all, it's open for visitors during the summer so you can have a look around the state apartments."
Beckham also tells visitors to indulge in traditional London food, such as pie and mash, visit the U.K. capital's green spaces, and shop in traditional markets. The sports ace recommends a tour of Wembley Stadium and advises parents to take their kids to a theme park or West End show.