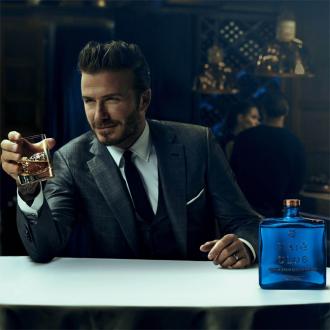 David Beckham has launched his own brand of whiskey.

The former England soccer star - who teamed up with his business partner Simon Fuller and alcoholic beverage company Diageo to create the single grain scotch - celebrated the global launch at a star-studded bash at Gilmerton house on the outskirts of Edinburgh in Scotland over the weekend.

David said: ''Welcome everyone. It's great to have many people I know and care for in this room

''For Simon Fuller and I, this is a special night as we launch our new collaboration with Diageo, a wonderful whisky called Haig Club.

''This whiskey is designed to be different, from the unique craftsmanship of the bottle, to the distinctive flavour. Crafted at Scotland's oldest grain distillery, Haig Club has rich tradition and amazing heritage that myself and Diageo are proud to be taking forward.''

David ended his passionate speech by proposing a toast to their creation.

He said: ''Haig Club has a rich tradition and heritage that we are honoured to be part of and now take forward. Please join me in raising a toast to an amazing whisky, wonderful company, good friends and the start of a new adventure.''

Attendees at the VIP event were treated to the brand's signature cocktails, a Clubman and Haig Club Rose fizz, as they arrived at the private retreat