Beckham will be the face of Biotherm Homme's new campaign for its product Aquapower, and he'll be launching his own range in 2017.

David Beckham is following in the footsteps of his wife Victoria in launching his first grooming range, teaming up with French skincare brand Biotherm Homme to be its global ambassador.

On Monday (May 9th), the company announced that the retired football superstar, 40, is to be the face of a new campaign for its best-selling gel moisturiser Aquapower, which will be launched online in June this year.

Furthermore, a deal has been concluded between the Paris-based company, owned by L’Oreal, and Seven Global (the joint venture vehicle co-owned by Beckham, Global Brands and Simon Fuller) that will allow Beckham to develop a skincare and grooming collection, which is anticipated to hit shelves in 2017.

“I’m excited to be working with Biotherm Homme,” said Beckham in an official statement. “I’ve been thinking about developing a skincare range for a long time and it wasn’t until I started speaking with Biotherm that it all came together. They are as ambitious as I am, and we look forward to showing everyone the fruits of our labor very soon.”

More: Madonna said to be pleased by son Rocco’s friendship with Brooklyn Beckham

“It’s the first time a male celebrity of this stature has developed a skincare collection," added Biotherm’s general manager David Fridlevski in another statement. “We’re proud to be David Beckham’s partner of choice to develop his vision of skincare, and we’re delighted to welcome him as a new brand ambassador.” 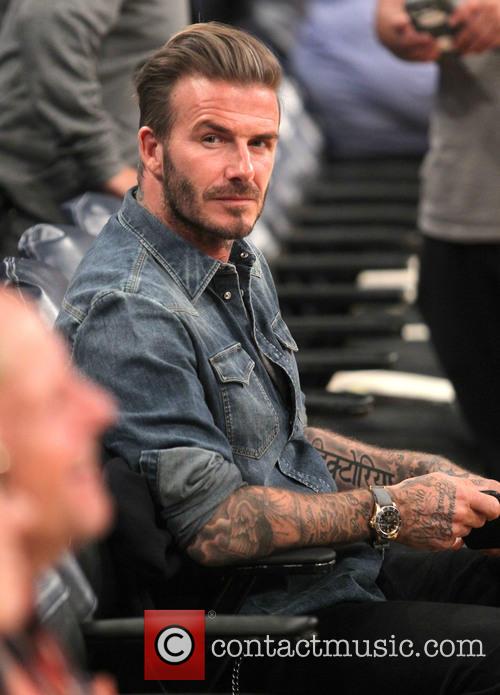 Beckham hung up his footballing boots for good in 2013, having retired with L.A. Galaxy in the MLS, but he’s kept himself very busy since, landing all manner of menswear deals, a fragrance deal with Coty and an H&M partnership.

“2016 is a really exciting year for me as I have three major areas I am focusing on - my business partnerships, Miami and my Seven fund with UNICEF,” the English-born star continued. “I'm passionate about all of them - I work hard on each to ensure they are as successful as they possibly can be.”