David Beckham and Gordon Ramsay are planning a US road trip on their motorbikes, embarking on a 382-mile ride along the Pacific Coast Highway, from Los Angeles to San Francisco. 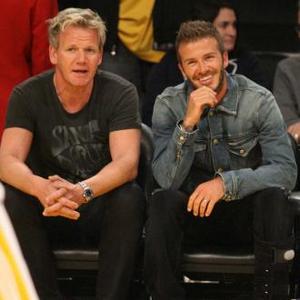 David Beckham and Gordon Ramsay are planning a US road trip on their motorbikes.

The soccer star and the TV chef - both big bike enthusiasts - will embark on a 382-mile trip along the Pacific Coast Highway, from Los Angeles to San Francisco.

David will ride his custom-built 93 Knucklehead, while Gordon will be on his £20,000 Harley Davidson motorcycle.

A source told the Daily Mirror newspaper: ''It's a 'boys only' trip for a few days. They're planning a couple of pit stops on the way to make a mini-break out of it.

''They want to Squeeze it in within the next six weeks while it's still summer and Gordon is in Los Angeles.''

David currently resides in Los Angeles with his wife Victoria and their four children, while his close friend Gordon and his spouse Tana are mainly based in London with their four kids.

David - who also has an impressive car collection - has got into motorbikes in recent years and has revealed he likes to go riding with Hollywood superstar Tom Cruise.

He said: ''Do I ride my bikes with Tom? Yeah I do. Tom and I have become very good friends.

''It's not a big celebrity thing. It's just something that happened. And it's good to have friends like that.''