David Beckham Has No Acting Ambitions 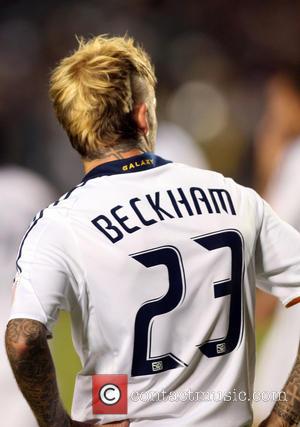 Picture: David Beckham wearing his No.23 football shirt David Beckham has a new haircut as he plays for Los Angeles Galaxy vs Houston...

Cantona, who played alongside Beckham at U.K. soccer team Manchester United, carved out a successful movie career in his native France after giving up the game, but the Brit insists his performing skills do not match up to his talents on the pitch.

He tells Britain's The Sun, "I am not very good at it. On occasion I tried things, like the adverts I did with Adidas.

However, Beckham would be happy for a real Hollywood star to play him on the big screen, adding in an interview with U.K. radio show TalkSport: ''I think Brad (Pitt) would be the obvious choice. I'd like Brad to be playing me - him or Leonardo DiCaprio, one of the two. Or Bradley Cooper. They're not bad looking guys.''