David Beckham, George Michael and Sir Michael Caine are believed to have invested in a offshore tax avoidance scheme. 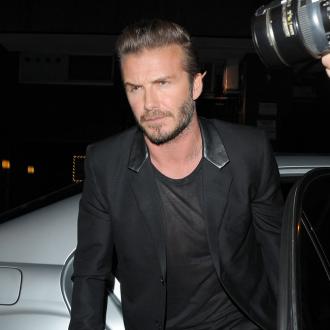 The 51-year-old singer and 81-year-old Academy Award-winner - have allegedly been sheltering their money in the Liberty tax strategy which generates large artificial losses offshore and allows them to avoid tax on other income.

According to a secret database that was leaked to The Times newspapers, George and Michael as well as top businessmen, lawyers and NHS doctors have all sought to save money by using the scheme.

The WHAM! star is believed to have paid Mercury Tax Group, the Leeds based company that ran the scheme, £443,000 to shelter £6.2 million in record and tour sales.

George's publicist has since said the singer's ''busy schedule'' has left him unable to comment on the claims.

Meanwhile, 'Zulu' actor Michael is also believed to have used Liberty to shelter at least £600,000 according to the Mercury Tax Group's secret documents.

A spokesman for the actor told The Times newspaper: 'We have no comment to make for or on behalf of Michael Caine.'

Other celebrities on the incriminating list include Arctic Monkeys band members Alex Turner, Jamie Cook, Nick O'Malley and Matt Helders - who each paid between £38,000 and £84,000 in fees to shelter between £557,000 and £1.1 million.

Meanwhile, David and Victoria Beckham, as well as England soccer captain Steven Gerrard and TV presenters Ant and Dec, are said to have been investing in Ingenious Media - a movie investment company that is being investigated by HM Revenue and Customs over tax avoidance allegations.

A tribunal, starting in November, is set to decide whether the scheme is a legitimate investment.

The company has already written to 1,300 past and present investors to warn them of ''accelerated payment notices'' if the investigation is successful.

The news follows revelations earlier this year that members of 'Take That' - including Gary Barlow, who is also mentioned on the newly released Liberty database - had been tricked into investing into a tax avoidance system.

The 'Let Me Go' singer and his bandmates Howard Donald and Mark Owen are believed to have invested £66 million in an investment scheme in a bid to avoid a huge tax bill - although a tax expert has since insisted that they could simply have been being ''naïve''.