A-list pals Tom Cruise and David Beckham stunned regulars at The Cow pub in Notting Hill, London, as they enjoyed a casual drinking session on Monday (23.06.14). 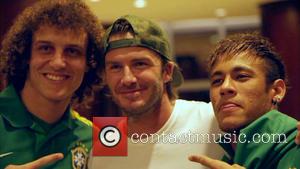 David Beckham and Tom Cruise left fans stunned as they enjoyed drinks at a pub in Notting Hill, London.

The A-list pals opted against expensive restaurants and private members' clubs as they met up for a drink on Monday (23.06.14) at Irish pub The Cow, and their boozy visit sent regulars into a frenzy.

Patron Lisa Freid, who ''couldn't believe'' her eyes, snapped a sneaky picture which she posted on her Instagram account.

The eagle-eyed fan punctuated her photo by posting a series of hashtags including ''#wtf #justnexttous #chilling (sic)''.

Another Instagram user also took a picture of the actor and soccer star, writing: ''Another Monday night at the pub with David and Tom''.

Tom, 51, and David, 39, shared a bottle of wine, while the retired soccer star was also seen nursing a pint of Guinness ale.

The stars - who have been friends since 2003 - dressed casually for their drinking session and appeared in high spirits as they reunited.

The 'Mission: Impossible' star and his British pal became incredibly close when David and his wife Victoria, 40, moved to Los Angeles in 2007 when the soccer ace was signed by the LA Galaxy soccer team.

David recently confessed he and Tom held regular movie nights while he lived in the sunny city with his family.

He said: ''When we were living in LA, Tom Cruise lived two minutes away. He's a good friend. There were occasions when I'd call him up and ask him if he had a new movie that wasn't out yet, and I'd go round and watch it with him.''