David Beckham always makes breakfast for his children - but has to make do with their leftovers for his morning meal. 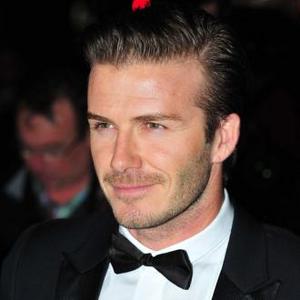 The 37-year-old soccer star - who has four children, Brooklyn, 13, Romeo, nine, seven-year-old Cruz and 10-month-old Harper with wife Victoria - has a regular morning routine but is so busy, he has to make do with the boys' leftovers for his own morning meal.

He said: ''A typical day? I wake up at quarter to seven in the morning, the baby wakes at seven, the boys wake up at 7.15. Breakfast is all ready for them. Cooked by me.

''They all like different things. My oldest son likes croissants with Jam on them, my middle son, Romeo, he loves fruit, he loves mango or pineapple. Cruz loves nutella on a croissant.

''And I have any scraps that are left over! I don't have time to make my own breakfast.''

Though David struggles to piece together a morning meal, he makes up for it by having two lunches.

He added to Britain's Elle magazine: ''I take the younger two boys to school - we chop and change but whoever I don't drop off in the morning I pick up in the afternoon - and then I go straight from school to training.

''I train. Have lunch at training. Come back, have a little bit more lunch sometimes - well, I have been working hard, I need it - then straight to pick the kids up from school.''