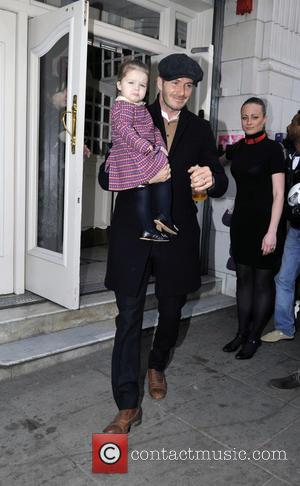 Victoria and David Beckham hired out a cinema in London on Monday (18Feb13) to celebrate their son Cruz's eighth birthday.

The singer-turned-fashion designer and her soccer star husband rented the Electric Cinema in Notting Hill for a family outing ahead of Cruz's big day on Wednesday (20Feb13).

The family, including Cruz's two brothers Brooklyn and Romeo and sister Harper, enjoyed a meal in the venue's American-style diner before a private film screening.

As they left the building, the stars were mobbed by a huge crowd of fans who had gathered outside to catch a glimpse of the famous family.