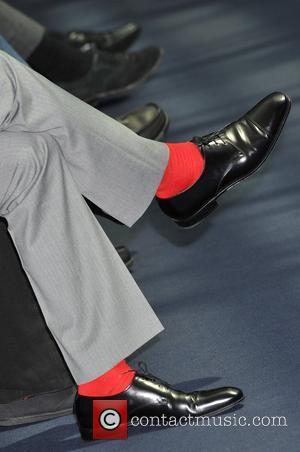 Soccer ace David Beckham and his wife Victoria have showed off their caring sides by donating piles of gifts they've received as new parents to charity.
Former Spice Girls singer Victoria gave birth to the couple's first daughter, Harper Seven, on 10 July (11), and the family has since been swamped with presents.
The Beckhams have been lavished with more than $9,000 (£5,600)-worth of freebies, including 14 strollers, baby clothes, a swing set and changing tables, according to Britain's Mail on Sunday.
But the superstars, who are already parents to three boys, have decided to pass on the haul to thrift stores around Los Angeles.
A spokesperson for the couple explains, "We try to discourage companies (from sending gifts). However, we do receive a lot of unsolicited goods which are sent to deserving charities."