Beckham Gets Bulldog For Christmas 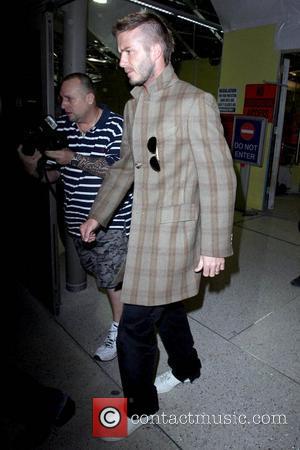 David Beckham's collection of pets is growing larger - his wife VICTORIA presented him with a bulldog for Christmas.
The pop star-turned-fashion designer splashed out $3,200 (£2,000) for the pedigree pooch, as it reminded her of her soccer star husband's tenacity on the field.
A source tells Britain's The Sun newspaper, "David absolutely loves the bulldog. (Victoria) said she chose the breed because it is a symbol of Becks' spirit on the football field. He (the dog) will be flown out to L.A. so the boys have something to look after while he's away."
Former Spice Girl Victoria handed David the hound as they celebrated Christmas with their sons at their home in Hertfordshire, England - but the pup will live with the Beckhams in Los Angeles, where the sports ace already has two Rottweilers called Snoopy and Puff.
Beckham also recently revealed the family's ever-growing menagerie includes a bearded dragon lizard, which he bought for eldest son Brooklyn.