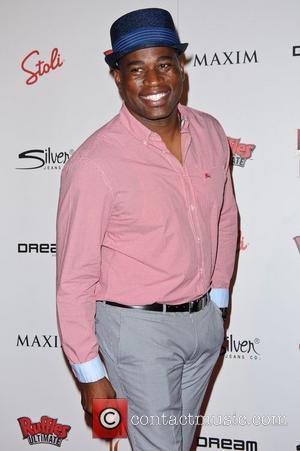 The hip-hop star has previously landed small roles in films like Black Snake Moan and Stomp The Yard 2: Homecoming, but his latest project is his most high-profile gig yet - alongside Forest Whitaker, Oprah Winfrey, John Cusack, Jane Fonda, Alan Rickman and Mariah Carey, among others.

Banner has been shooting his scenes in New Orleans, Louisiana and he is grateful to Daniels for giving him the opportunity to star in the movie, which chronicles the life of White House servant Eugene Allen, portrayed by Whitaker, who served under eight U.S. presidents.

He says, "I'm really excited to be a part of this movie. The cast is absolutely astonishing and working with Mariah has been great. Lee Daniels is so amazing to work with and I thank him for choosing me for this role.

"This movie reminds us of what our ancestors have endured for us to have certain liberties which we have today. This movie is groundbreaking."

Robin Williams, Liev Schreiber, Vanessa Redgrave, Cuba Gooding, Jr. and Terrence Howard are also among the castmembers of The Butler, which is scheduled for release next year (13).