David Baddiel had to find independent financing for his new film 'The Infidel' when the religious theme of the comedy movie was deemed too controversial for the BBC to fund.

David Baddiel's new movie 'The Infidel' was too controversial for the BBC.

The 45-year-old comedian, who wrote the screenplay for the movie, claims the storyline of a Muslim who discovers he is an adopted Jew led to him having to finance the film independently.

He said: "The film was originally commissioned by the BBC, but they thought it was perhaps too sensitive a topic and so we financed it independently.

"We did it for just over a £1 million. That isn't much money for a film. I am very happy with it."

David also claims the restricted budget led to some difficulties filming, and the crew had to think on their feet.

He said: "We did have to film kind of on the hoof a bit. We filmed it in a 1970s kind of Woody Allen style - long takes, not a lot of cutting - which means we get it right on the spot and then we can move on.

He also says he managed to create comedy and conflict in the film - which stars Omid Djalili as the religiously conflicted central character - was to create a caricature of fundamentalist extremist.

He told BBC Breakfast: "The way I create trouble is that his son is about to get married to the stepdaughter of a kind of comedy, fundamentalist extremist cleric. And that means he's got to be very, very Muslim just when he discovers he is Jewish.

David Baddiel has not written since his 2001 TV series 'Baddiel's Syndrome', but has acted in a number of series including 'Skins' in 2009 and 'Little Britain' in 2005. 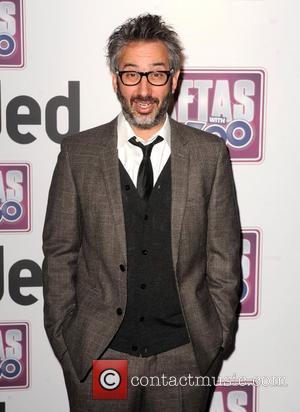